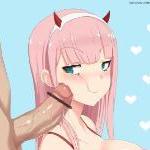 This is a closed club, some content may be hidden to non members.

This is a club that allows Dreamers to roleplay with underage characters in all sorts of ways, if you want to do Consensual, Dubious-Consent or Non-Consensual then this is the club for you

Dreamers can have as many roleplays going at the same time, with as many Dreamers as they wish~

The detail and effort you put into your posts is somewhat up to you. ( At .east a Paragraph ) There is no real set difficulty as that will be mostly down to you and your roleplaying partners.

The rules of the club are very simple: