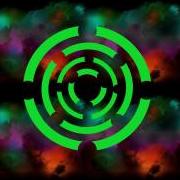 The Labyrinth of Dreams

There is a Realm in the shadow's edge between the waking world and the Dreaming. The labyrinth draws in dreamers lost between worlds. The surface mazes are wondrous and bewildering, places of enchantment and mystery. Rumours whisper of a Prize to be claimed at the realm's Heart. Beware, however, of the Shadowed places where the Dark has risen to take a life of it's own: The Oubliette