Tell Me a Story

Birthday at the Haunted Inn 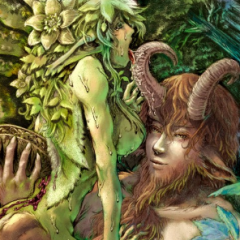