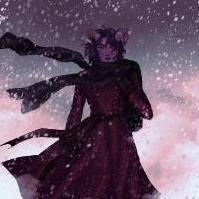 By Dark Soul Opera Deactivated,
November 3, 2019 in The Saloon