encounter The birth of a new hero..... for a week at least [Encounter, open] 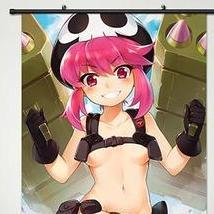