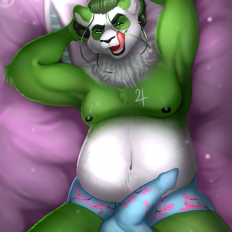 Zeddicus floats lazily in the air looking up at the sky as the land moves by slowly below him as he is lost in his own thoughts. Feeling the temperature change from cool to warm makes him refocus turn

-Cade is panting at this point and fighting to keep herself from becoming a blathering mess. This man was pleasing her like no other. Not just physically but mentally and emotionally as well. She was

~she lets loose an uncontrollable howl of pleasure as he enters her. This causes her to dig her nails into his thighs and her tails to cling to him. The tails seemed to have decided that the male alre