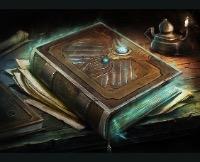 This club takes place in a universe ruled by a group of gods, each on focused on taking care of something, like life, good, evil and love, making sure it was balanced across the cosmos. Cito was the first lower god born, his parents the god of Mischief and the goddess of lust. Taking after his parents, Cito had a strong desire to cause Mischief and Lust in people. And since he was not a Higher god, he was free to do as he pleased, as long as he didn’t cause to much unbalance. As he grew older, he became obsessed with writing the stories of lust and when he be a young adult, he left the realm of the gods to explore the worlds that the gods oversaw, wanting to find people to write their stories of pleasure. When he found someone that he thought would make a good subject for a story, he would use his powers to guide them to a lustful encounter he would want to happen. Sometimes he would take on a role into story to help it move along, but most of the time he just pulled the strings in the background to help people to get to the stories he wanted. He made a book where he wrote all of his stories ideas he wanted to do next.