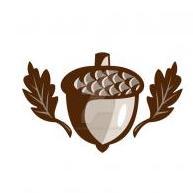 First, the game takes up WAY more space than it says on the app store! When you first start up the game, you'll be notified that over 90 MB of extra data must be downloaded! That wasn't a big problem for me, but, if you have a lot of stuff on your tablet, you may have to delete some stuff, or transfer stuff to an SD card(the Kindle Fire doesn't have that capability, but the game is available for other tablets, too.).

With the download out of the way, the game hopefully takes you to a loading screen(the first time I downloaded it, it kept crashing, so I had to delete it, then redownload it.). After loading, you will get to see the "once upon a time" intro(I forgot what episode they used that for.). After another loading screen, Twilight Sparkle descends into Ponyville via a hot air balloon. You'll be seeing this balloon quite a bit. After a tutorial, which requires you to build a windmill, hire Twilight Sparkle to work there, collect Bits from the windmill, and "welcome(the game's way of saying "purchase.")" Bon Bon and Mrs. Cakes, you will be left to explore Ponyville at your leisure. However, there are many quests to be done.

The game is reminiscent of FarmVille, but it has a storyline. Nightmare Moon is attempting to shroud Ponyville in eternal night, and you are tasked with gathering The Elements Of Harmony in order to stop her. This is accomplished by activating various "Element Stones," which are scattered around Ponyville. This requires Element Shards, which can be obtained in various ways, the easiest of which is by collecting from shops. Once you reach Level 15, however, you gain access to a separate storyline, which revolves around the Royal Wedding. This also allows you to go to Canterlot, where there are more shops to build, and more ponies to "welcome(there's that word again! Be patient; I'm going somewhere with this.)." In addition to that, the game now allows you to play a mini-game based on the movie Equestria Girls. The objective is simply to make your character of choice dance.

I have yet to complete the game. In fact, due to the nature of the game, I doubt that is possible. However, these are some of the good things I've noticed about the game.

There's a myriad of ponies that can be "welcomed." The list includes The Mane 6, The Cutie Mark Crusaders, Vinyl Scratch(referred to as "DJ Pon3" in-game.), The Great And Powerful Trixie("Trixie The Magnificent."), Photo Finish, almost the entire Apple family, Octavia Melody, and even Doctor Hooves! Derpy is in the game, but she can't be "welcomed." She hides in a cardboard box. If you find her, she reveals herself and gives you Bits, and, occasionally, even a Gem(more on this in a minute.)! Also, the music in the game, while quite loud, is pretty good! Plus, some important characters(The Mane 6, Mrs. Cakes, and others.) talk when you tap them. However, with good, there's also quite a bit of bad. You're about to see why I've been treating the word "welcome" like a swear word.

There are 3 different types of currency in-game. Bits, Gems, and Hearts. Bits are the standard currency, and the easiest to obtain. You can earn them by collecting from shops, playing the Magic Wings mini-game(required to level up one of your ponies.), playing the Balloon Pop game(once a day, or anytime for 10 Gems, or 30 Hearts.), or as a gift from Princess Celestia when you level up. Gems are the premium currency, and are harder to obtain. As I said before, Derpy sometimes gives you one. You also get them sometimes as rewards for quests, alongside Bits and Experience Points(speaking of quests, they tend not to reward you NEARLY enough for what they require you to do!). At higher levels, you may also get one upon leveling up. Hearts are fairly easy to obtain, but you can only get them one way: sharing your progress on Facebook or GameLoft Live. Now, Bits and Gems can also be purchased, but the price isn't cheap. I actually did purchase Gems during a sale, at a price of $2 for 55 Gems. This normally would cost $5. Now, I'm fine with having to pay extra for things such as DLC, but not if it's REQUIRED TO BEAT THE GAME!! Rarity and Rainbow Dash both cost Gems to buy. Also, there's the matter of the Balloon Pop game I mentioned earlier.

There are certain characters who can only be unlocked via that game, and only by paying Gems to do so. You are presented with a screen full of balloons, which you must pop. Once you've obtained something from 3 balloons(some of them are empty; these don't count towards your total.), the mini-game ends. Ponies only unlockable via Balloon Pop include Dr. Hooves, The Great And Powerful Trixie, Daring Do, and Photo Finish. Not to mention, you may not win the character you want, and you may not even win any character at all! Risky, but rewarding, especially since you can get Princess Celestia this way for only the 10 Gems it costs to play, whereas she would normally only be available at a cost ot OVER 900 GEMS!!!!

In conclusion, if you like games like Oregon Trail: American Settler and FarmVille, this game will likely be worth your time! You don't necessarily even have to be a brony or a pegasister to enjoy it. However, getting the most out of it requires patience, time, luck, and some spare cash. I enjoy games with variety, but not when they try to screw you out of your hard-earned money.

Please note that this article was originally posted up on December 2nd 2013; we have since redone our articles system and moved the review - which has given it a new "Published Date". Apologies for the inconvenience.

There are no comments to display.