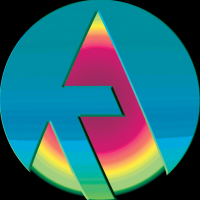 This is a closed club, meaning only members of the club can see content within it.

Sometimes, reality can be a little dull, a little drab... a little disappointing. so what if there was a place that existed where reality could be whatever you wanted? you could have the body of your dreams, with powers and magic limited only by your imagination? you could be rich with nearly infinite assets, or an artist who can create pieces of art that simply should not be able to exist? or you could live for eternity, never needing to worry about old age or death. the only limit is what your mind can create? This was the fantasy of billions of people, thought to be an impossible goal that would never be achieved. But a few dared to hope, a corporation known simply as "paradise" began their project... a virtual utopia indistinguishable from reality, with an infinite amount of freedom at their disposal that anyone could experience with all of their senses. and after 50 years of development, The Eden Project is now open to the public, in all its promised glory