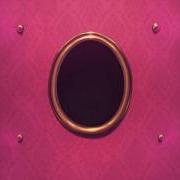 Welcome to the World of Gloryholes!

The year is 4692, a time when humanity is enjoying their lives in a utopia where sexuality is no longer repressed, rather, it is encouraged. One of the many ways it is done is through the use of male and futanari sperm as cash. To collect this valuable resource, the ATMGlories were created, since extracting ones ejaculate in a home environment without proper equipment can damage its longevity and destroy any monetary value it might have.

While for the people from the past this might have sounded completely unfair, since they had only two genders - males and females - only one of whom could produce semen, at the present time, thanks to wildly popular genetic modification that has existed for many years, there exist two main genders - futanari's and males - and two genders that are considered 'defective' - females and cuntboys.

Despite the latter two genders being considered as 'defective', they play a very important role in the modern society. Thanks to the fact that they naturally have three moist holes that can easily take in any size imaginable without the need of any additional genetic modifications, with only a few months of training they can learn to become ATMGlory operatives and be the very force that drives the world economy forwards.

Before going further, we would suggest you check out the rules as well as the prices of the various available Services: