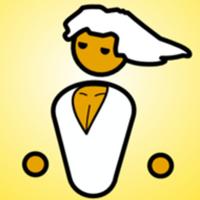 A rule-light* club for PC/Steam gamers to sing praises of good games, trash bad ones, brag about and/or compare Achievements, etc. If, and only IF, you're comfortable doing so, you're also free to share Steam details, arrange gaming sessions, etc. *Follow EcchiDreams ToS, and NO FORCING users to share information if they do not want to. Additional rules may be added IF required, but I don't think there'll be any need for that. Other than that, have fun. PS: The Club name is a JOKE. xD