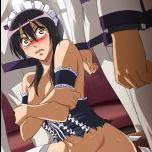 Your options are running thin. There's no going back.

On the surface, it may seem to be just another city. Bustling streets, busy workplaces, heavy traffic... but behind the scenes, many strings are being pulled. To just what extent would you go to hide your deepest darkest secrets? Who can you trust? Just how much of your life will you surrender before you give in completely? Perhaps you'll make do with the unique services offered within the limits of this city alone and find beauty in the limitless victims of the city's streets. Anything goes when every part of a city's government right down to the media, police, and even small business owners, are controlled by a mysterious group with unknown intentions. Moving in may just mean locking yourself into your own prison. In this world, it's kill or be killed, fuck or get fucked... Can you handle it?

Black City seems like such a nice, typical city at first. There are plenty of fun, normal activities to partake in, a school for the young and many possible business opportunities and even vacation spots. But once you start to get to know the people there, you begin to piece together another story from the odd behaviors. If you're not careful, you might just find yourself on the receiving end of an unfortunate circumstance.

Behind the scenes, the hidden crime organization Ghost has dug up the dirt on a massive number of citizens within the city's limits. By holding these secrets over the heads of thousands of people in power, they have crawled their way into the highest positions in every corner of the city yet have managed to remain entirely anonymous in the public eye. Their existence isn't even believed and is often considered to be nothing more than a rumor. However, such a level of power doesn't come without a hefty price. As a result, the members of Ghost often invite very specific people into one of their many secret hideouts for the purpose of selling information. What these people do with the information is not of Ghost's concern, but due to the people they target, this information is most commonly used for the purpose of blackmail on a smaller scale.

This is a roleplay heavily focused on the theme of blackmail and will involve a sort of hybrid between public and private roleplay. There are three types of characters that you will choose from when joining Black City:

Keep in mind, a character's role may change dynamically over the course of the roleplay, and a character may even have two roles at once, such as being a blackmailer and a victim. If your character's role changes, please remember to update his or her profile! A character will be an Onlooker by default. If you would like your character to be a victim, please send an Ecchitext to a Ghost member detailing at least one secret for your character. If you would like your character to be a blackmailer, you will receive an Ecchitext from a member of Ghost offering to sell information on victim characters. While this information costs nothing from your actual account, it does cost your character in-universe money. As such, you can only request information about one victim at a time and you'll have to space your requests out. The actual numbers won't be detailed, but it's costly, so your character will have to save up some money in-roleplay before coming back for more information.

These members, while trusted members of Ghost, have since gone inactive indefinitely. If you have sent any messages to these users and haven't gotten a response, please resend them to an active member instead.