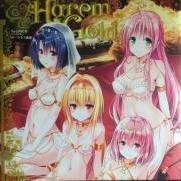 The Kingdoms is a world parallel to ours, just as real as a world is in a book. The lands are vast and varied, ranging from Kingdoms in the desserts, mountains, plains, forests, coasts and even the skies and beyond. Once upon a time, the Kingdoms were United under one banner, but a great calamity befell the world and tore the very foundations of the Kingdom asunder. Aeons past an event that is nothing more than myth, the Kingdoms keep each other at arms length, some friendly with some than others. In this world, kingdoms come and go while the powers that be bid for power, investing in special people to foresee their claim for power. One of these people, a guy by the name of Eddie, is sent on a quest to marry the princesses, making a harem of sorts, in order to unite the kingdoms under one rule again! But unknown to them, there are stronger powers at play as Chaos & Order fight to sway and control the Kingdoms world. Who will you play? What will you do? Will you create a new kingdom to rule to try and rule others? Will you join the ranks of the Divine or the Damned? Will you play a sexy damsel in distress, or a part villain princess to rule others for her own gain? Or will you just be neutral, and join in as a simple commoner, doing their best to mind their business? The world is your oyster! Join us and make your claim on the world!