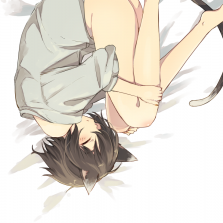 What is Your Favorite Video Game Genre?

What is Your Favorite Video Game Genre?