DDLC - Poetry In Motion, Walking By My Side - (JennyDK & AirAllie14) 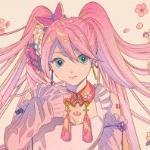 Natsuki looked at the stall door with nervous anticipation until Monika finally opens the door and walks into the stall with her. Monika’s smile somewhat calms Natsuki and she give a soft nod at her q

Roleplay between: @JennyDK and @AirAllie14. Overall premise: The Literature Club is a newly formed place where lovers of literature can meet up and explore the many aspects that make up this en

Despite the minor struggles between herself and both Sayori and Yuri, Monika has still somehow managed to keep both girls interested in the club as well as making a bond to them in the process. Howeve